Sam, who only ate jam

There was a boy whose name was Sam.
The only thing he ate was jam.
When offered any other food,
he’d claim he wasn’t in the mood.
He’d say, “I’m fairly full today,”
and push that other food away.
And so he never tasted pie,
or gave spaghetti sauce a try,
and even if you asked him, “Please?”
he wouldn’t chew on cheddar cheese.
He couldn’t stand potato chips.
Bananas never crossed his lips.
And not a bit of beef or lamb
or deviled egg or candied yam
would wind up on his dinner plate,
for jam was all he ever ate.

Now, as it happened, late one day
poor Sam expired. He passed away.
We don’t know why. It might have been
some mineral or vitamin
was missing from the food he ate
and caused this clearly awful fate
or maybe all that sugar made
him fall to pieces, start to fade,
until the day that eating jam
at last became the end of Sam.

We can’t be certain why he died
but, maybe, if he’d only tried
some yogurt or some celery,
a piece of toast, a pear, a pea,

a pizza crust, a grain of rice,
a half an herb, a single spice,
a spoon of soup with just one clam,
then, maybe, we would still have Sam.

Alas, he never ate a grape
or chocolate bar or Belgian crepe
or lobster bisque or Irish stew
or sauerkraut or cheese fondue
or casserole or sloppy joe,
so this is all we’ll ever know:
Since jam was all he had to eat,
his life was rather short and sweet. 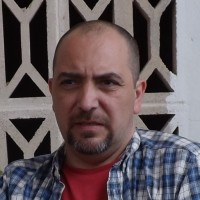